In many cases, pharmaceutical drugs can be used to protect soldiers (and civilians) both before and after exposure to biological, chemical and radiological weapons. However, these types of pharmaceuticals do not always offer a promise of profitability, so the traditional pathways to development are often closed.

The Nebraska Drug Discovery and Development Pipeline (ND3P) was created to fill this gap. Drawing on existing resources, personnel and processes that have evolved through past connections with the National Strategic Research Institute, its sponsor U.S. Strategic Command and numerous Department of Defense customers, the pipeline is led and contributed to by University of Nebraska researchers and is poised to take orders for American forces’ next-gen pharmaceutical defenses.

The process for developing drugs is long and tedious, but the University of Nebraska has called upon its experts and partners to streamline and create efficiencies. 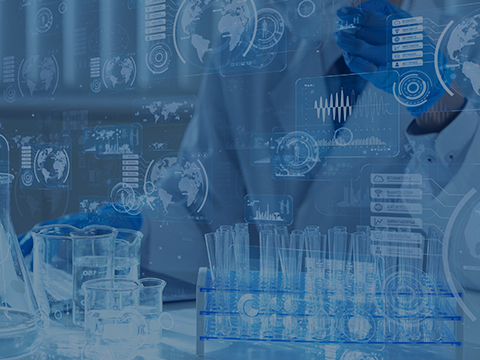 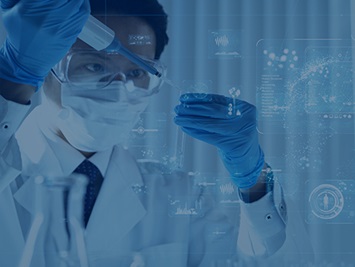 Find a Service or Researcher

The NU project for the Defense Health Agency (DHA), and in collaboration with Armed Forces Radiobiology Research Institute (AFRRI), has reached a second increment — potentially awarding nearly $11 million in federal funding over the next five years. NU researchers will look for therapeutics candidates the U.S. military would need to protect troops from radiation in case of exposure, as in a nuclear accident or a nuclear weapons incident.

Respiratory Treatment for Exposure to Chemical and Biological Threats

The Defense Threat Reduction Agency is working with the University of Nebraska to investigate novel therapeutic, prophylactic and pretreatment approaches for respiratory recovery and exposure to chemical and biological threats.

The University of Nebraska is uniquely positioned to create and nurture this type of pipeline as a result of its investment in intellectual capacity, facilities and technology over the past several decades. NU can handle the development of drug therapies efficiently on site at its campuses. 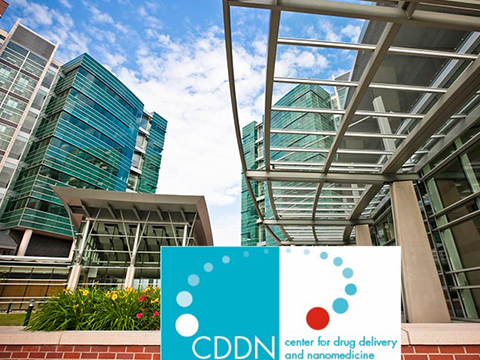 Center for Drug Delivery and Nanomedicine 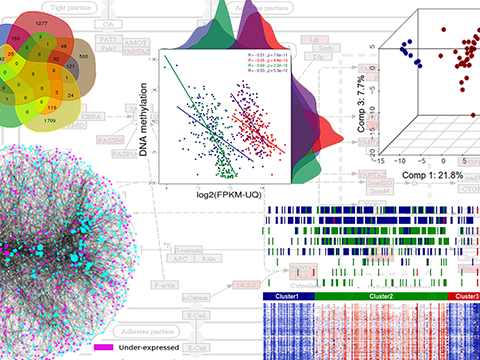 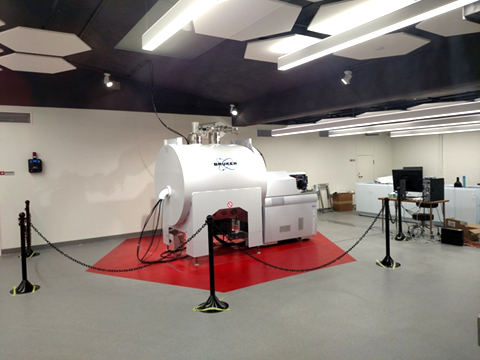 Found only at a handful of academic institutions in the world, this 15 T FT-ICR MS is fitted with an Advion TriVersa NanoMate for automated, zero-carryover sample introduction. This instrument is particularly well-suited for untargeted metabolomic analysis, intact protein characterization, and imaging of target compound distributions in tissues and other materials. 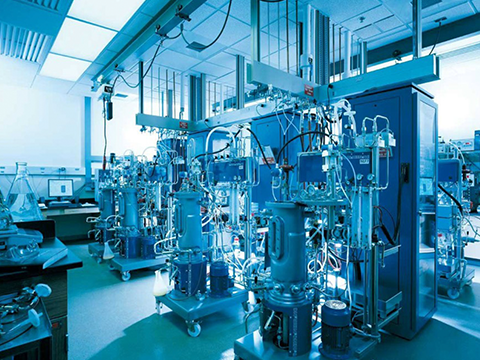 Offers biopharmaceutical process development and biomanufacturing services that transition discoveries into early-phase clinical trials. The BPDF has produced a wide range of biologics — including vaccines, recombinant proteins, gene therapies and other biotherapeutics — in partnership with government agencies, biotechnology companies, academic researchers and non-profit organizations. The BPDF applies decades of expertise and experience to developing scalable and reproducible cGMP manufacturing processes.

Through ND3P, University of Nebraska researchers are using their skills and resources in unexpected ways that benefit defense. They are also collaborating in new and exciting ways with the Department of Defense and pharmaceutical industry. 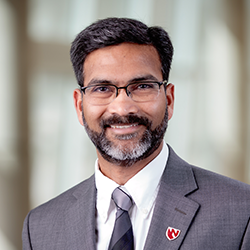 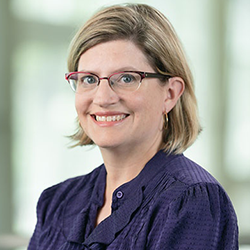 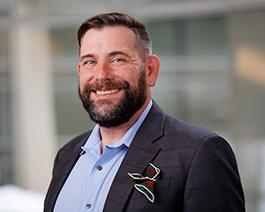 Associate Professor of Pathology and Microbiology 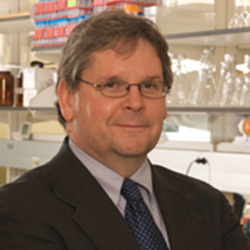 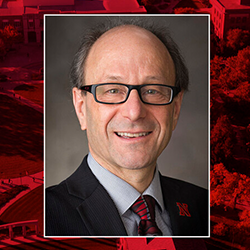 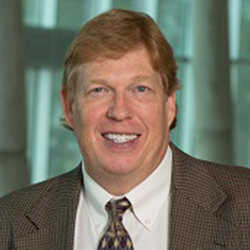 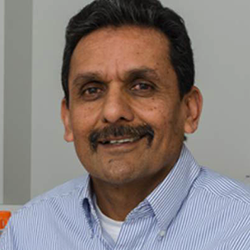 A. Ross McIntyre Professor of Philology 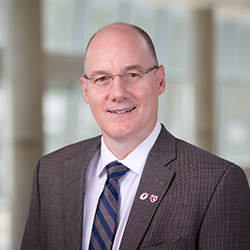 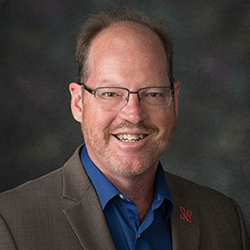 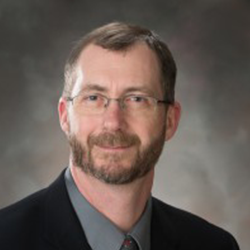 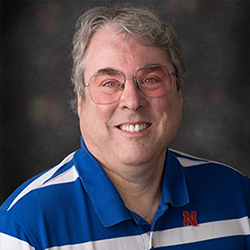 Professor of Chemistry, Director of the NCIBC Systems Biology Core 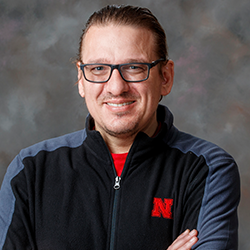 Norton P. Peet, Ph.D., Co-Chair
Dr. Peet is an International R&D Consultant, in which capacity he provides guidance and direction to industrial and academic organizations on drug discovery and development strategies, based on his extensive experience in the pharmaceutical industry. Dr. Peet currently serves as the Chief Scientific Officer for Chicago BioSolutions, a newly formed drug discovery company. In prior positions, Dr. Peet was Head of Medicinal Chemistry at Microbiotix, where he designed the chemistry for all internal and external research proposals. Dr. Peet is an organic chemist by training (U Nebraska, MIT) and has spent much of his career in big pharma, with the string of companies that led to Aventis (now Sanofi). When he left Aventis in 2000, he was Head of Medicinal Chemistry and Distinguished Scientist. He joined the executive team at ArQule as Vice President of Discovery Alliances, where he built a multidisciplinary Drug Discovery Group. In 2002, he became the CEO of Aurigene Discovery Technologies, a drug discovery company, and built laboratories in Boston (Lexington) and Bangalore (India). Dr. Peet has authored 175 journal articles and 70 US patents, and has contributed to 25 awarded grant applications. He has organized numerous international symposia and serves on several editorial and scientific advisory boards.

Kevin R. Woller, Ph.D., Co-­Chair
Dr. Woller is currently a Chemistry Group Leader with the biopharmaceutical company AbbVie where he has spent the last 15 year (10 years as Abbott Laboratories) leading early stage drug discovery efforts. Prior to Abbott/AbbVie, he spent nearly 5 years with ArQule, a biotech focused on utilization of parallel organic synthesis in drug discovery. Dr. Woller is a co-­inventor on 16 US Patents covering two development candidates, one Phase I compound (Begacestat), one Phase III compound (Upadacitinib) and two marketed drugs (Ombitasvir & Pibrentasvir). A native of Minnesota, he received his undergraduate degree from Minnesota State-Mankato, PhD from the University of Nebraska-­Lincoln with Pat Dussault, and did postdoctoral research in the labs of Bruce Ganem at Cornell.

Chad J. Briscoe, Ph.D.
Dr. Briscoe received a BS in Chemistry from Alma College, an MS from the University of Michigan and his PhD from the University of Nebraska on studies of protein binding affinities via LC-­MS/MS and computer simulation. His 20+ year career in drug development has been focused in the field of regulated bioanalysis to support clinical and non-­‐clinical trials. Chad is currently the Executive Director of Bioanalytical Science at PRA. He was previously the Director of Bioanalytical Operations at MDS-­‐Pharma. He has become well known in the bioanalytical community on such diverse issues as the use of advanced LC-­‐MS/MS technology applied to high-­‐throughput analysis, system suitability in high-­‐throughput LC-­MS/MS and bioanalytical software validation. Chad has served as chair of the Global Bioanalysis Consortium's Analytical Instrument Qualification Team and as editor for the Management and Leadership column in the journal Bioanalysis. Chad was previously with Dow Corning

Ryan E. Hartung, Ph.D.
Dr. Hartung is currently Senior Research Investigator, at Icagen (Tuscon, AZ). Ryan is a native of Nebraska, where he performed undergraduate research as part of his BS Chemistry studies with David Berkowitz. Ryan pursued his PhD in synthetic organic chemistry at the Ohio State University, under the tutelage of Leo Paquette, generating twelve publications during his tenure there. He began his career in pharma as a medicinal chemist at Sanofi-­ Aventis (Bridgewater, New Jersey). There Ryan was primarily engaged in and led hit-­to-­candidate projects in the CNS portfolio. He then relocated to Sanofi-­Aventis/Tucson, where he continued to lead multiple early stage projects. In summer 2016, the Tucson site was acquired by Icagen, with a particular interest in hit-­to-­lead candidate advancement. Ryan Hartung is well versed in early stage research, SAR (structure to activity relationship), medicinal chemistry, solid phase synthesis, combinatorial library approaches and protein synthesis. Eve Elizabeth Slater, MD Dr. Eve Slater is currently Professor of Clinical Medicine at Columbia University College of Physicians and Surgeons, where she has taught in various positions since 1983. Dr. Slater has worked in clinical and laboratory research, developed life-­saving drugs, managed regulatory affairs at one of the largest pharmaceutical laboratories, and guided health policy decisions affecting the nation as the U.S. Assistant Secretary of Health and Human Services. From 1977 through 1982, while serving as chief of the hypertension unit at Massachusetts General and as assistant professor of medicine at Harvard Medical School, Dr. Slater pursued research on hypertension and diseases of the aorta. In 1983, Dr. Slater joined Merck Research Laboratories as senior director of biochemical endocrinology, where she guided teams of molecular biologists in researching receptors, endocrinology, and arteriosclerosis (the formation of calcium, fats, and cholesterol deposits in blood vessels). She was promoted to vice president of their Clinical and Regulatory Development in 1990 and senior vice president in 1994, becoming the first woman to attain those ranks. Continuing to teach as her research career progressed, Dr. Slater remained an adjunct associate clinical professor of medicine at her alma mater, Columbia University College of Physicians and Surgeons, from 1983 through 2002. In 2001, President George W. Bush nominated Dr. Slater as assistant secretary for health, and she was confirmed in January 2002. In this role, which she held until February 2003, she oversaw the United States Public Health Service, including eight health agency divisions and the Commissioned Corps, which includes more than 6,000 uniformed health professionals. During her service, special emphasis was given to bioterrorism, the protection of human subjects, health care reform, women's health, care of the elderly, and HIV/AIDS.

Christie M. Orschell, Ph.D.
Dr. Christie Orschell is Professor of Medicine in the Division of Hematology and Medicine at the Indiana University School of Medicine (IUSOM). She is a member of the Hematopoiesis and Hematology Malignancies Research Program at IU. Dr. Orschell obtained her BS in Medical Technology at Indiana University and her PhD in the Department of subsequently completed her PhD in the Department of Pharmacology and Toxicology at IUSOM. Dr. Orschell is an internationally recognized authority in radiation biology, particularly in the development of animal models for the study of the effects of radiation on mammalian systems, including for the study of acute radiation syndrome (ARS). Dr. Orschell is also an expert on establishing Good Laboratory Practice (GLP) compliant laboratories in compliance with FDA GLP regulations, and has lectured on these topics extensively. Dr. Orschell is a member of the International Society for Experimental Hematology, the American Society of Hematology, the Radiation Research Society and the European Radiation Research Society and has served on numerous federal review panels, particularly at NIH and NASA.

General John S. Parker, M.D. (retired)
Dr. Parker is a physician and just retired after seven years as member and Chairman of the National Preparedness and Response Science Board – also known as the National Biodefense Science Board. He is a cardiothoracic surgeon and a retired Major General from the Army. His 39 years in the Army saw him practice surgery, teach and manage very large healthcare and research institutions. He is an associate Professor of Surgery at the Uniformed Services School of Medicine. He served as the Assistant Surgeon General of the Army. Dr. Parker has broad experience in managing or being significantly involved in disasters such as Chernobyl, Beirut bombing, USS Stark incident, Amerithrax (Senate office building exposure to Anthrax) and the Berlin Disco Bombing. His last assignment in the Army was as Commanding General of the US Army Medical Research and Materiel Command and Fort Detrick. Following retirement, he worked for SAIC – now Leidos supporting work for WMD defense and significant work in the Biological threat reduction area.

Thomas J. MacVittie, Ph.D.
Dr. MacVittie is recognized internationally as an expert on the effects of radiation on the hematopoietic and gastrointestinal systems in large animal models and their treatment, in vivo, with supportive care and selected organ-­specific medical countermeasures against acute and delayed effects of acute radiation exposure. He earned M.S. and Ph.D. degrees in radiation biology at the State University of New York (SUNY) at Buffalo and has more than 40 years of experience as a radiobiologist in the field of experimental hematology. He has published 184 peer-­reviewed manuscripts and 47 chapters in books or proceedings. He has co-­edited 5 books published from international meetings organized on radiation effects and treatment of the ARS. Dr. MacVittie has served as an advisor to the WHO Collaborating Centers in Radiation Emergency Medical Preparedness and Assistance and as a member of NATO Radiation Research Study groups. He was a member of a Task Group for the International Council on Radiation Protection entitled “Radiation Effects on Normal Tissue”, the CDC Strategic National Stockpile Radiation Working Group, the American Society of Hematology, the International Society of Experimental Hematology and Radiation Research. Dr. MacVittie has served on the editorial board of the journal Experimental Hematology and is currently a member of the editorial board of the journal Stem Cells and serves as an ad hoc reviewer for numerous journals and National Institutes of Health and Department of Defense grants and contracts. Dr. MacVittie was invited by the Secretary, U.S. Department of Health and Human Services, to serve on the inaugural National Biodefense Science Board Federal Advisory Committee from 2007 to 2011.