The cadets join six NU students to contribute their skills and experience to projects within the mission space of U.S. Strategic Command, which sponsors NSRI as a University Affiliated Research Center. NSRI launched the joint aspect of the internship experience in 2020.

“Military, government, academia and commercial entities working together is going to be our country's best path forward to success,” said Chris Luther, NSRI senior operations analyst. “Bringing ROTC cadets from around the country together with our NU undergraduate and graduate students not only actualizes this vision but leads it.

“While researching a complex problem relevant to the Department of Defense, the cadets and their NU counterparts learn to recognize the unique value each brings and creates working relationships that last for years to come.”

Representing both U.S. Army and U.S. Air Force, the cadets hail from five universities and bring forward multiple disciplines to an already interdisciplinary team of interns. 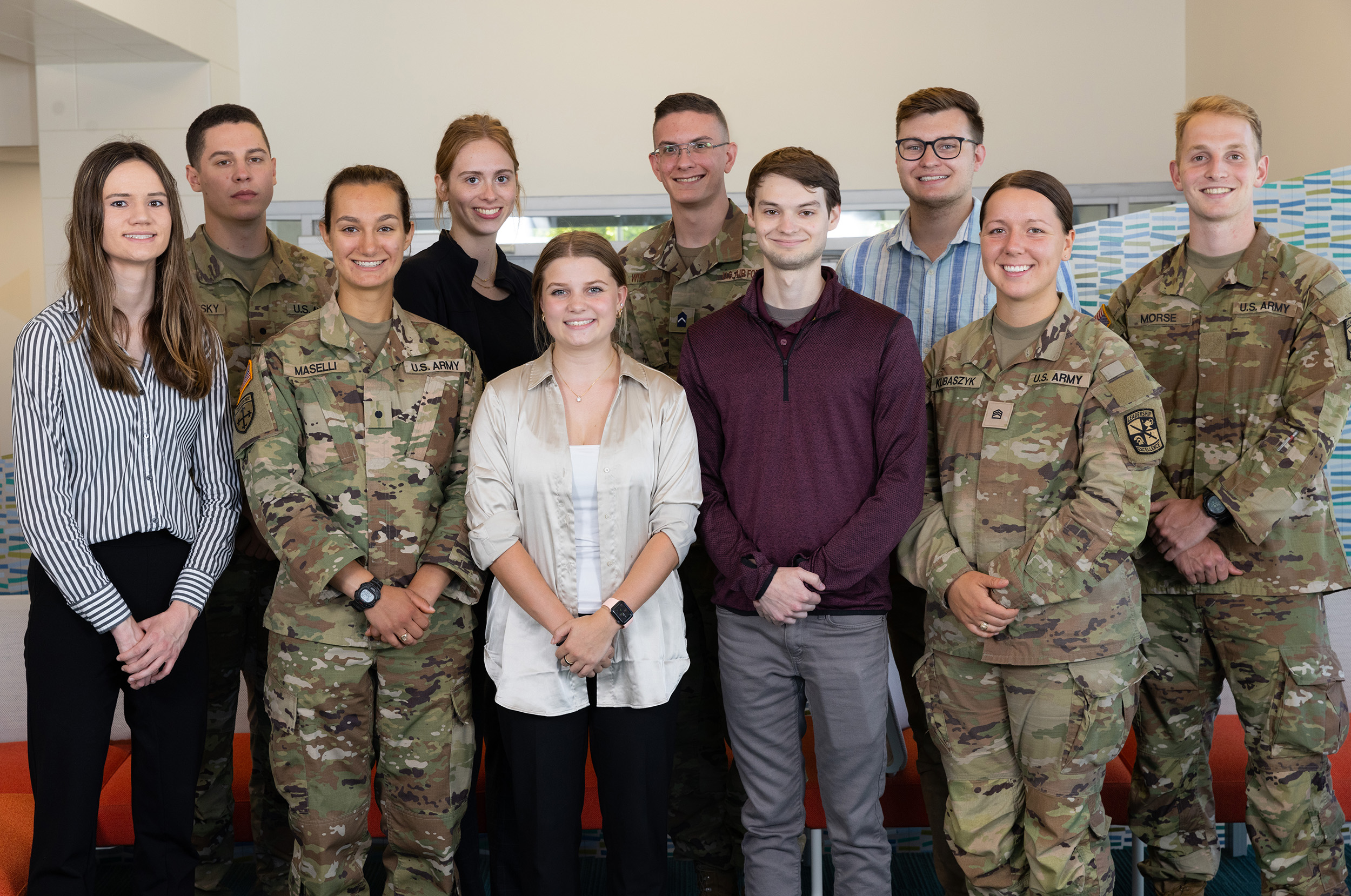 "I study coercion in school, so I am very interested in applying that classroom knowledge to USSTRATCOM's mission and contemporary geopolitical challenges," Maselli said. "Deterring strategic threats is a fundamental mission that enables all other missions in the DOD, so the opportunity to contribute is very rewarding. Additionally, working at this echelon as an ROTC cadet gives me the opportunity to learn how the DOD solves problems jointly and in concert with other parts of the government."

While the NU students are working on projects related to expanding game theory for the tripolar deterrence environment and applying best practices to protect networks from vulnerabilities in the electromagnetic spectrum, the cadets are shaping the beginning of a new wargame for NSRI that investigates a potential conflict between China and Taiwan that incorporates nuclear weapons.

Since these sophisticated wargames take several months to develop, they are focused on developing just the initial element — a realistic "road-to-war" scenario. Through thorough research of the current geopolitical situation and potential flashpoints, they will artfully, but realistically, create a narrative that devolves the situation into a plausible conflict.

Their work will set the stage for a sound game where participants can think through the hard problems the U.S. might face, and more importantly, how to deter or de-escalate the situation in the first place.

"I am interested in working in USSTRATCOM’S mission area because the issues of strategic deterrence are swiftly expanding as our adversaries are innovating novel weapon systems and tactics," White said. "These same issues will persist throughout my career in the Air Force, so it is imperative to understand them now. So far, I have learned about the risks posed to us by our peers regarding very low-yield and ultra-low-yield weaponry as well as the various types of wargames and their usefulness in gathering insights into the questions posed by their players."

With the NU interns, the cadets will brief leadership at USSTRATCOM at the conclusion of their experience in August.

"Working alongside peers from different service branches, majors and schools exposes me to various views and ways of thinking I would not have otherwise experienced at Norwich," White said. "As a result, this experience affords me the opportunity to consider different perspectives. It gives me a taste of working in an environment that brings together experts from various backgrounds."