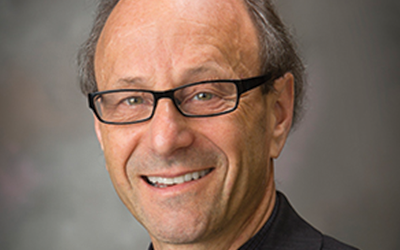 “This project is an exciting collaboration among the federal government, our state university and two of its premier research campuses, and consultants from private pharma who are Nebraska alumni.” 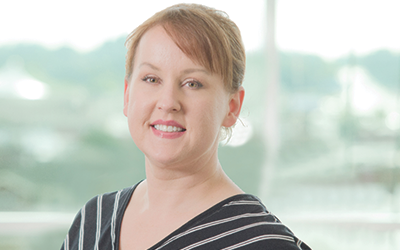 “To develop a technology that could directly speed patients to recovery or get them off of a ventilator is more than I can even get my brain around.”

“The University Affiliated Research Center designation that NSRI carries for the University of Nebraska is a huge advantage, especially since we are the only UARC with a major focus on biomedical research. We are able to offer our expertise and deliver products to our DOD and federal agency partners so much more efficiently because we are a trusted agent of the government, something we take incredibly seriously and are honored to do.”

Dr. Keely Buesing, a trauma surgeon with the University of Nebraska Medical Center (UNMC), stood in a pig stall at the animal science complex at the University of Nebraska–Lincoln. With help from her lab assistant and another tech, she prepared to deliver revolutionary, lung-augmenting technology in one of many tests on a trajectory to human trials. Dr. Buesing looked up for a moment and saw two Jersey cows over the barrier watching the procedure.

It was a humble but notable moment after two years of study and experimentation with her research partners Dr. Mark Borden of the University of Colorado and Dr. Ben Terry of the Terry Research Lab at the University of Nebraska–Lincoln. The brand-new technology the team is still working on is called microbubbles. The procedure is designed to temporarily deliver oxygen to the bloodstream when damaged lungs cannot do their job. It is a potential lifesaver not only to warfighters but to all sufferers of smoke inhalation and other lung-critical patients Dr. Buesing often sees in her emergency surgical practice.

“To see the microbubbles actually raise oxygen levels and keep them raised for 2-to-3 hours lit a fire under me to keep going,” Dr. Buesing said. “As a trauma surgeon, I’m very skeptical and doubtful that anything will work until I see it with my own eyes. I saw that this could actually help humans.”

Anticipating and Responding to Evolving Threats

To anticipate the Department of Defense’s needs for countermeasures against biological weapons of mass destruction and highly infectious disease, there must be a significant, consistent effort. NSRI helps match suitable experienced clinicians and researchers to achieve this. The work leads to critical medical countermeasures such as the development of microbubbles and vaccines to protect against biological toxins. This is research and development that literally can save the lives of those who sacrifice so much for our country’s safety.

UNMC, even before NSRI’s beginning, was known for groundbreaking achievements in medicine, including responses to infectious diseases. Since 2012, the institute and NU have forged a respected record of performance in design and development of medical countermeasures and responses. The list of achievements includes select agent vaccines; novel preventive and prophylactic treatments for neurotoxins; innovative approaches to vaccine and drug delivery; and research, development, testing and evaluation of equipment providing therapeutic treatment countermeasures for both military and civilian use.

Within the last two years, NU has made noteworthy advancements in capabilities through campus facilities.

The National Quarantine Unit at UNMC and Nebraska Medicine came online in January 2020 and was immediately put to use for some of the first U.S. patients infected with COVID-19. The 20-bed unit is the nation’s only federal quarantine facility and the primary destination for people exposed to high-consequence infections.

An additional biosafety level-3 laboratory suite in Davis Research Center at UNMC is now available to work with pathogens that can cause serious and potentially lethal disease via inhalation. This laboratory suite has been designed specifically to provide needed protection against risk group 3 pathogens and other agents associated with certain safety and biosecurity concerns in research and diagnostic testing.

For many years, NSRI has partnered closely with the UNMC Global Center for Health Security. Together, scientists from both entities lead numerous biopreparedness research efforts, ranging from basic science to safe air evacuations, including evaluation of the United States Air Mobility Command’s Transport Isolation System. In the last two years, the team made significant advancements through several key projects related to patient transport and drug development.

The infectious disease team at UNMC possesses invaluable experience transporting and treating patients who suffer from highly infectious diseases such as Ebola. The team put this experience to work in the search for safe ways to intake COVID-19 patients at the beginning of the mitigation efforts in February 2020.

Early this year, with access to the Nebraska Biocontainment Unit and National Quarantine Unit at UNMC, Dr. Josh Santarpia, NSRI research director for CWMD programs and associate professor of pathology and microbiology at UNMC, immediately went to work to identify the potential spread of SARS-CoV-2 in the air and on surfaces. His work provided some of the nation’s initial insights into mitigating the virus. In July 2020, he published two professional articles, “The Infectious Nature of Patient-Generated SARS-CoV-2 Aerosol” and “Aerosol and surface contamination of SARS-CoV-2 observed in quarantine and isolation care.”

Research and Development for Advanced Chemical Detection and Decontamination

With an award of more than $9 million received in April 2020, NSRI and colleagues at NU and the DOD will screen novel active material that can be shown to target and disrupt growth of and/ or kill harmful bacteria and viruses. This material could be used both for remediation of biological contamination and for detection of harmful bacteria and viruses.

In the theater of war, this research could be instrumental in mitigating agents of concern used for biological warfare and terrorism and agents that present significant health risks to active military forces. The team will work to produce functional products from this novel active material to meet the needs of the sponsor. Just months into the project, the team already was screening existing samples, engaging in new environmental collection activities and performing the necessary laboratory studies.

Oxygenated Microbubbles to Save Injured Soldiers on the Battlefield

Traumatic lung injury often leads to death, particularly on the battlefield because it takes time to transfer injured soldiers to medical facilities where oxygen can be administered. Many soldiers die because injured lungs lead to damage of the brain and other vital organs. Since 2016, NSRI and NU scientists have worked on an innovative new treatment using oxygenated microbubbles.

The microbubbles bypass damaged lung tissue and release oxygen into the abdomen, essentially transforming the abdomen into a third lung, which helps maintain organ function while the soldier’s lungs recover. As of the writing of this report, the microbubbles technology has passed small-animal and large-animal studies. Everything is in place to move to the next step, preclinical and first-in-man/clinical trials.

The Nebraska Drug Development Pipeline was launched in 2017. Over the past two years covered by this report, the pipeline moved well beyond concept to achievements that are helping the Department of Defense fulfill its mission to shorten the U.S. military’s wait for drugs that can prevent and counteract hazardous exposure. Led by Dr. Ken Bayles, UNMC associate vice chancellor for basic science research and professor in the department of pathology and microbiology, and Dr. David Berkowitz, chair of the department of chemistry at the University of Nebraska– Lincoln, the pipeline makes it possible to produce critically needed drugs that are financially risky for the pharmaceutical industry to pursue. These efforts to build capacity over several years also have paved the way for NU’s researchers to develop therapeutic antibodies to treat COVID-19 patients.

In 2019, NU received an additional award to bring the University of Nebraska, NSRI and pharmaceutical manufacturers together in unique partnerships to mitigate the lethal effects of radiation exposure, as in a nuclear accident or nuclear weapons incident. Many of NU’s top scientists are working on medicinal chemistry, metabolomics and bioinformatics to move potential drug candidates toward clinical trials.

Preparing the Next Generation of Knowledgeable Scientists

Many basic scientists do not receive formal training in methods used to understand dual global public health and national security applications of their work. However, it is critical that biodefense and health security students receive training grounded in principles used to conduct research aimed at protecting both civilian and military populations, as well as an appreciation for the unique research applications in this area.

In addition to numerous student pipeline initiatives across University of Nebraska campuses, UNMC has launched an interdisciplinary program in biodefense and health security. Students enrolled in this program engage in and learn processes and methodologies, fundamental elements and scientific principles needed to develop successfully as practitioners in emerging medical and scientific disciplines related to global security and defense against infectious disease.

Two tracks are available to students: one focused on biosurveillance and biodefense science related to national security and another focused on basic and clinical science related to global health. Either track consists of a mix of technical courses designed to develop a deep understanding of the student’s focus area and practical or policy courses designed to guide the student to successful application.

As the SARS-CoV-2 pandemic unfolded throughout the world in early 2020, it became a humbling yet career-changing experience for many scientists who responded to and helped mitigate the infectious disease. Their decades of work were either thrust into the spotlight or halted to allow them to respond immediately to the pandemic. They will remember the many small victories and remarkable behind-the-scenes achievements they’ve been a part of during the course of this work for years to come. As these respected NU and NSRI scientists continue to learn and ask questions to protect our warfighters, they will remain highly aware of the broader needs of the country, so they can help keep all of us safe through medical countermeasures and responses they help develop — anticipating, advancing and delivering innovations in science and technology that take humanity to the next level of medical achievement. 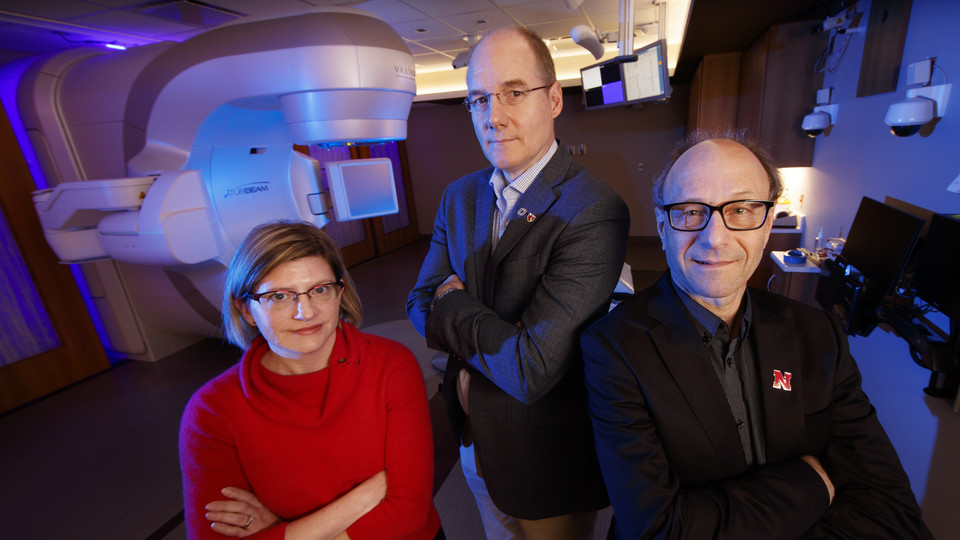 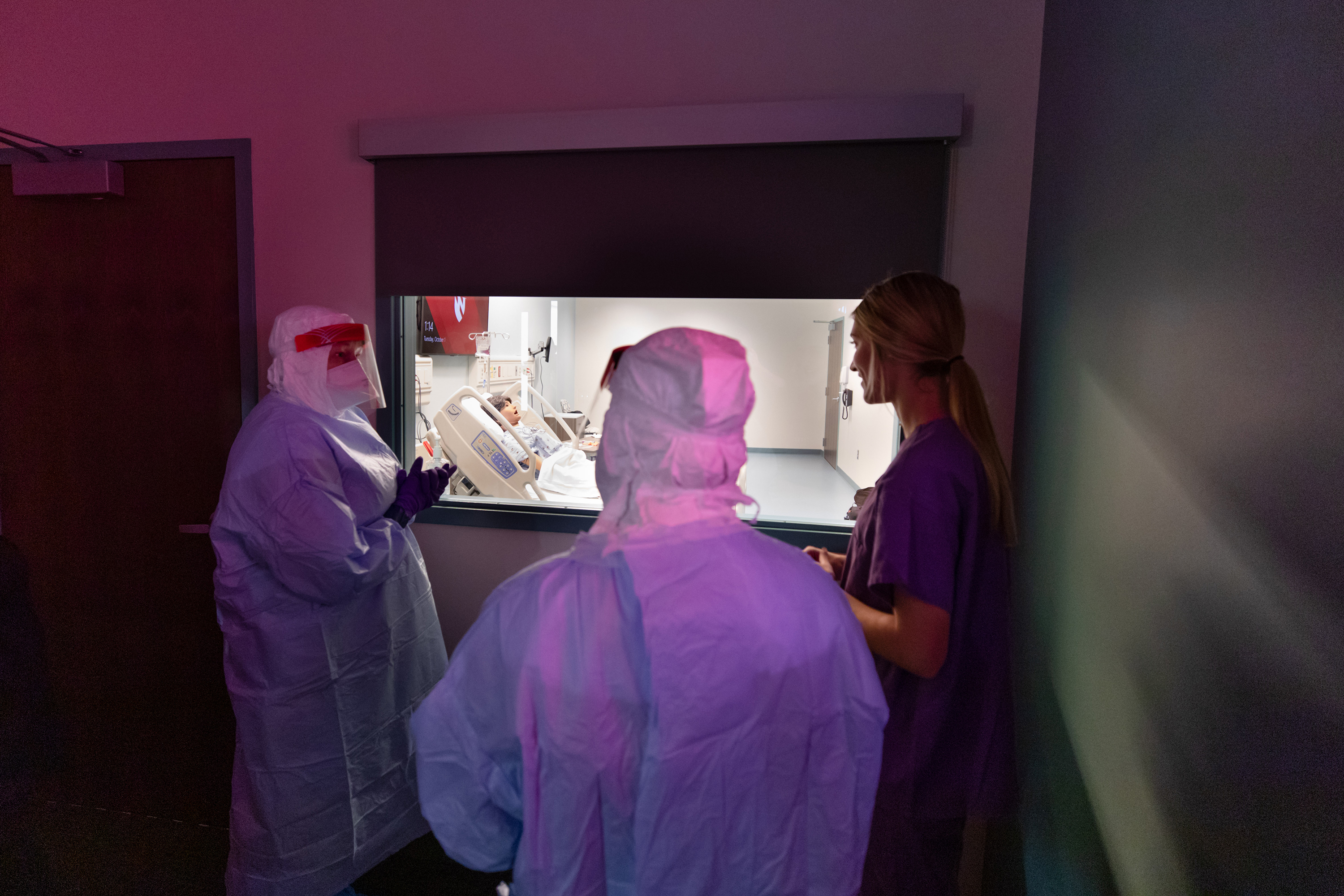 Learn more about our capabilities