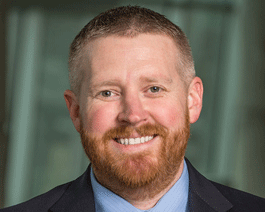 Dillon Cunningham is the Director of Special Projects at the National Strategic Research Institute at the University of Nebraska.

He began his career as an enlisted service member of the United States Army. As a Non-Commissioned Officer, Cunningham was attached to the United States Army Medical Research Institute of Infectious Diseases (USAMRIID), the 1st Area Medical Laboratory and 520th Theater Army Medical Laboratory (TAML). During his time in the Army, Cunningham specialized in the field identification of biological warfare agents, analyzing thousands of samples in both a deployed field environment — during Operation Enduring Freedom in Afghanistan and Operation Iraqi Freedom in Iraq — and in a stationary laboratory environment — Operation Noble Eagle at USAMRIID.

As the Director of Special Projects at NSRI, Cunningham focuses on the development and execution of CWMD efforts related to SOCOM and the IC, while providing direction and leadership to a multidisciplinary team of both NSRI employees and University of Nebraska students and faculty.